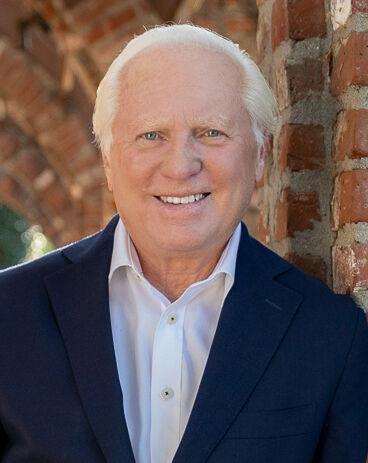 Consent to Contact
I consent to receive marketing content from Sereno Group and licensed agents within. This includes, but is not limited to, relevant market reports, listing information, newsletters, and event info. Consent can be withdrawn at any time by clicking the "unsubscribe" link contained in any email.

Prior to accepting the role as manager of Christie's International Real Estate Sereno's office in Danville in 2020, Harry Murray had a storied career as a title and escrow officer, broker, and in senior management positions in prominent companies throughout the San Francisco Bay Area. During the first four decades of his professional life, he achieved remarkable success for himself and with his teams.

At a young age, Harry began working as a title officer for Western Title. A quick study, Harry mastered the skills needed to rise in the title and escrow business, and, at 21 years old, he became California’s youngest escrow officer. Concurrently, he served in the Naval Air Reserves and crewed a P-3 Orion aircraft out of Moffett Field.

As he acquired skills and experience, Harry moved up the ladder and became principal and manager of Emmette Gatewood Realtors, which was later acquired by Fox and Carskadon Real Estate. Harry served as their vice president for 10 years. He then spent 13 years at Alain Pinel Realtors (now Compass) helping to build the brokerage from the ground up as the directing officer and broker of record. Subsequent leadership roles included vice president and managing officer at Intero Real Estate Services, vice president of J. Rockcliff Realtors, and president of the real estate investment firm Pertria. At each stop, he earned his colleagues’ respect as he led his teams to top-ranking success.

Harry joined Sereno to help expand the Danville office by recruiting outstanding residential real estate agents and introducing Christie's Sereno to the East Bay. The company values individuality and independence, which he knows will be appealing to agents who don’t want to work under the dictates of big corporations. Harry looks forward to welcoming experienced and enterprising agents to the team.

For over six years, Harry has served on the board of directors for the Eastfield Ming Quong Foundation. He enjoys spending time with his significant other, Janette, his daughter, and two grandchildren. Discovery Bay is now his hometown, from where he can pursue his passions for riding his Harley Davidson motorcycles and boating.

Thank you for your inquiry.